The Christian Church (Disciples of Christ) was founded in the early 1800’s in the United States. Seeking to move beyond denominational disagreements, the founders envisioned only one Christian Church, modeled on the New Testament.

The church grew rapidly across the American frontier, in part because it shared many values of the early settlers.

Today our nearly 4000 congregations still share some of those characteristics. 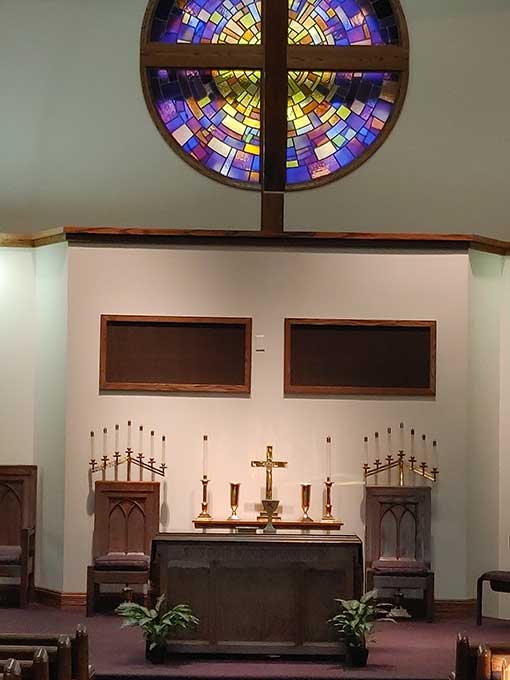 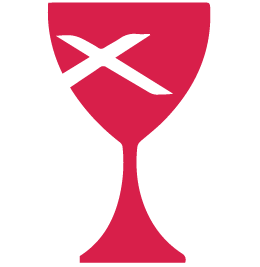 The chalice symbolizes the central place of communion in worship for the Christian Church (Disciples of Christ). The X-shaped cross of the disciple Andrew is a reminder of the ministry of each person and the importance of evangelism.

The congregation of First Christian Church was chartered in 1887 and held its early meetings in a tent.  As winter approached, consideration was given to constructing a building.  In 1889 a white frame structure on the Southwest corner of W. Caroline and N. Cherry St. was constructed and dedicated.  At the turn of the century, however, the church was very crowded, and a new church building fund was begun.  Construction of a brick building on the corner of W. Caroline and N. Williams was begun in 1906.  The building was completed and dedicated in 1907.  The congregation continued to grow, and the church was remodeled several times over its history.

In 1993 the congregation sought to make their facility accessible to all and consulted with several architects on how to best accomplish this goal.  Each time the recommendation involved the building of new structure on a larger piece of property.  Five acres on Emerald Road were purchased and plans began on the design of a new church building.  Groundbreaking was held in June of 1999.  Construction began in September of 1999 and was completed in November of 2000.  We look forward to many years of ministry in this church home and gather today to dedicate it to the Glory of God.